March is almost over, so it’s high time to prepare for the next update on our roadmap. The update will be implemented on March 31st at 23:45 CEST and it'll take us at least 90 minutes to add it (servers will be offline during this period). Once the servers are back online, the client will automatically download the patch after a restart.

The upcoming update will include:

Everybody will find something for themselves here. ;) We hope that you’ll like the new features and that they’ll let you immerse yourselves in the world of Broken Ranks even more. Below you can find more details about each element of the update. Read on and have fun!

It’s an element requiring a lot of work but also one of the most anticipated ones. After the update, you’ll be able to buy guild land and construct buildings on it. Guild land can be bought from the guild land map, which can be accessed at NPCs called Escorts. The minimum price of guild land is 10,000,000 gold (the required amount is taken from the guild treasury), so you’ll need to work together to earn this much. Moreover, every guild will get a random coat of arms (there are ten available in total).

You can construct the following buildings:

The higher the level of the buildings, the more options you’ll have (e.g. more destinations in the Teleportation Tower, more guild pets, more buffs).

In addition to that, the interior of a well-upgraded guild will be much more aesthetically pleasing. 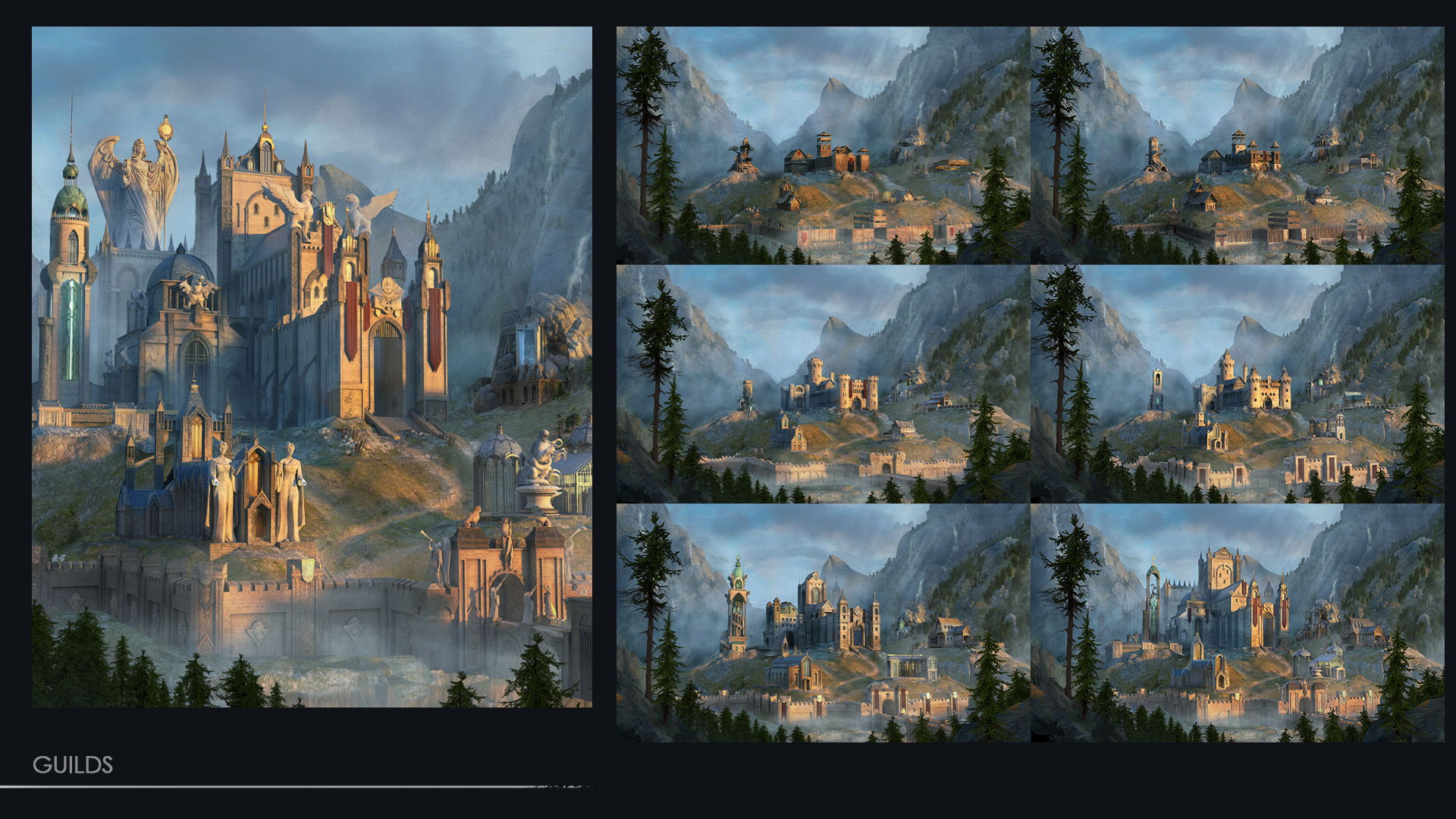 Its preview on the guild land map will also change. The locations vary greatly from idyllic to dark ones. 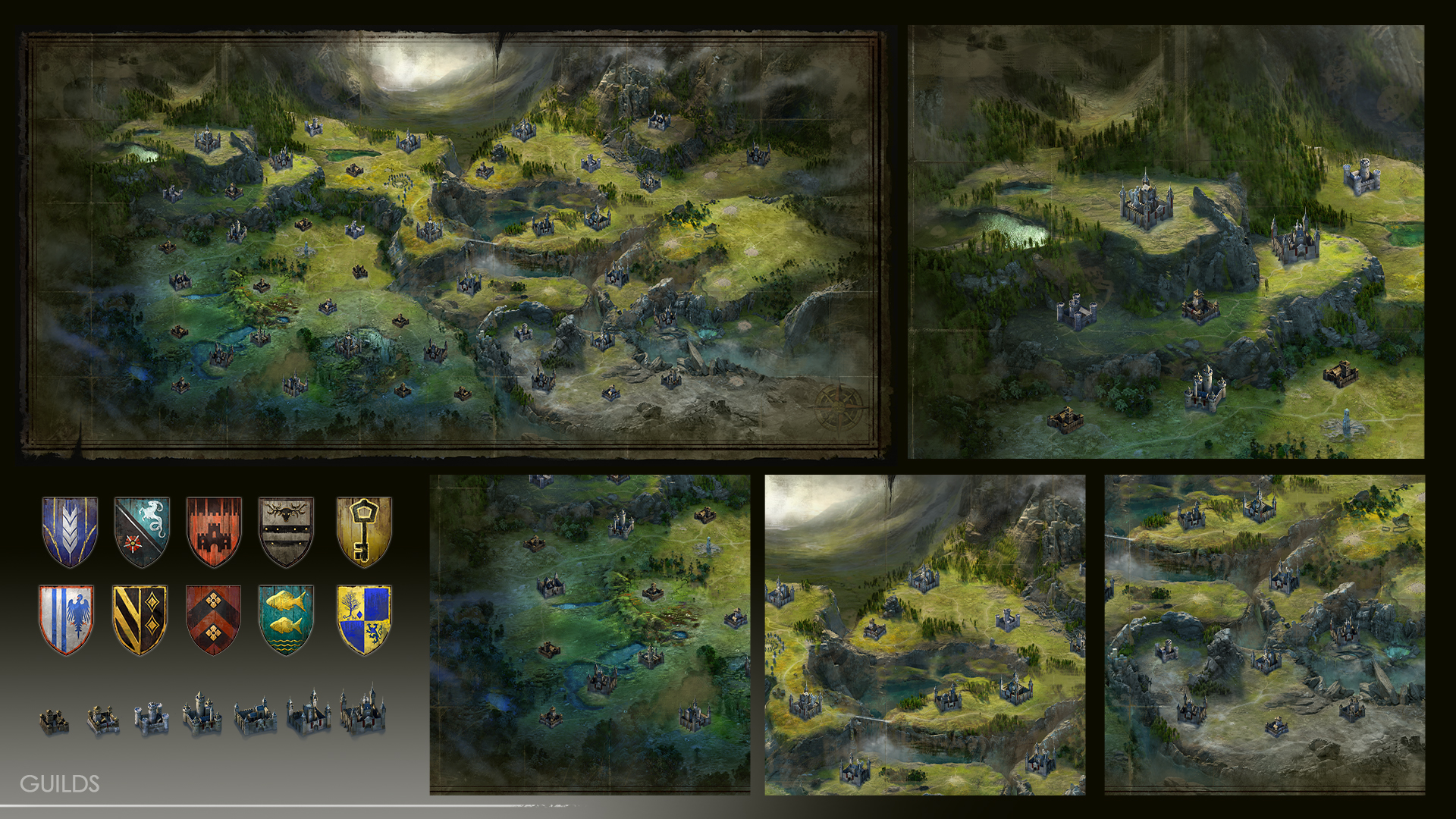 The price of the land depends on its location. Apart from the placement, more expensive lands will have bigger coats-of-arms. The choice is up to you - if you like the cheaper ones better, go for it. You’ll also be able to transfer your guild to a different land if you need a change of environment. And there’s a lot to choose from - there are over 50 spots at your disposal.

Because of the different placement of guild land in Broken Ranks, guild lands for existing guilds on the servers from The Pride of Taern (Ostlor, Tolnor, Thalia, and Pavar) will be chosen at random (excluding premium locations). In order to enter the guild land view where you can manage your land, you need to speak with an NPC called Escort. However, if you just want to have a quick look, you can press M and go to the appropriate location on the map.

That's not all. Many players were missing a single spot where they could meet and trade with other players. We’re listening to your feedback, so we’ll add this functionality to the Escorts (some of you might know this from The Pride of Taern). You can find Escorts in key locations all around the world (Trentis, inn in Alaril, near Khemenak, Garrison, and Beirn). All you need to do is talk to the NPC and they’ll take you to the guild land where you’ll be able to see a list of characters you can trade with. You’ll be able to see every player no matter which guild land they are at. This option will make trading easier until the Marketplace is added.

You can find a short tutorial on how to trade using Escorts here:

As we mentioned some time ago, we want to add quests that would be an introduction to an instance. They’ll show you the mechanics, the history of the place and the boss. For some instances, such quests already exist, but time will come for the others, too.

We’ve added a quest for the Bear that you can start at Lesgar’s Bodyguard. The minimum level required is 35. The quest tells the story of love as mighty as the Bear. Which one proves more powerful? You’ll be able to see after the update.

Added together with patch 1.11.

Not everybody follows changelogs, so it’s worth mentioning that we added two new quests with patch 1.11 that were listed for the first quarter on our roadmap:

You can take this quest in the Dmorther Garrison if you are at least level 75. You’ll be able to discover the source of a strange illness that befell Haligardian soldiers on the Frozen Lake.

"Shadows of the Past"

Sooner or later, the past will find a way to catch up with you… If you aren’t afraid of combat and are at least level 83, then go to the Guard in front of Khemenak - he’ll have an important quest for you. The snows on the slopes of the Dmorther Massif hide many secrets.

The issue of upgrade flask recipes has been on our mind for a long time and we’re aware it’s very important for you. In Broken Ranks, we don’t want the crafting of one Major Flask to be significantly more difficult than the crafting of another Major Flask. That’s why we changed the recipes to level the difficulty. The changes to recipes are also meant to revive flask trading and make flask crafting a real source of income for some of you. It’s worth noting that it’s just the first part of crafting changes, so expect more updates in the future.

The recipes and additional information can be found in the changelog.

It’s worth noting that some of the current ingredients will be removed from the game. However, we understand that it took you a long time to collect them, so for two weeks after the update you’ll be able to sell them at every shop at a higher price. A full list of items will be given in the changelog.

Avatars stimulate imagination, let you get more involved in your character’s story, and make you stand out in the crowd. We’ve added the 20 new elements to female avatars:

Below you can find some examples. 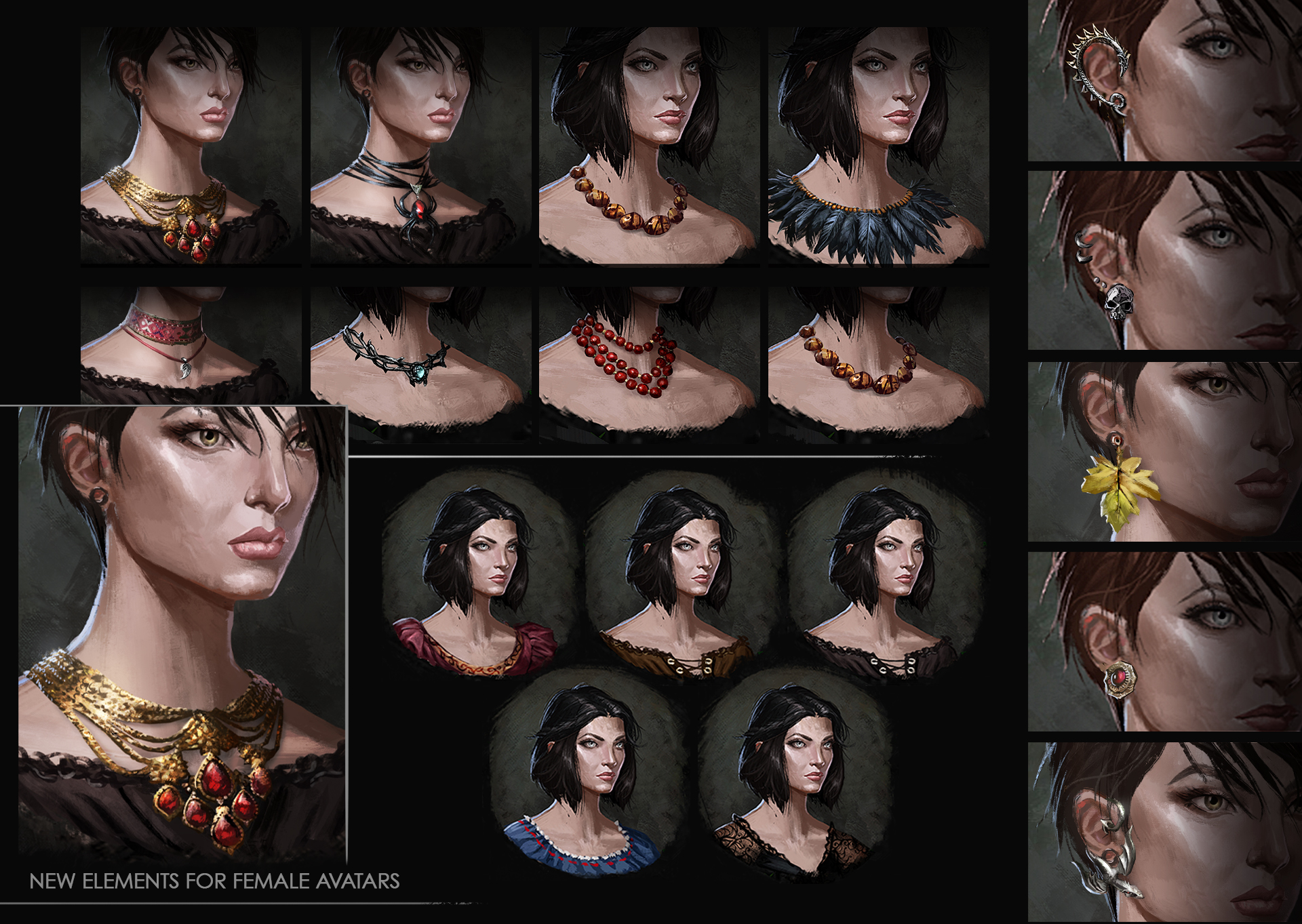 Skins are very popular, especially after we changed the way you can apply them to your gear. However, physical classes have many more garments than mages in the shop, as you rightfully pointed out. 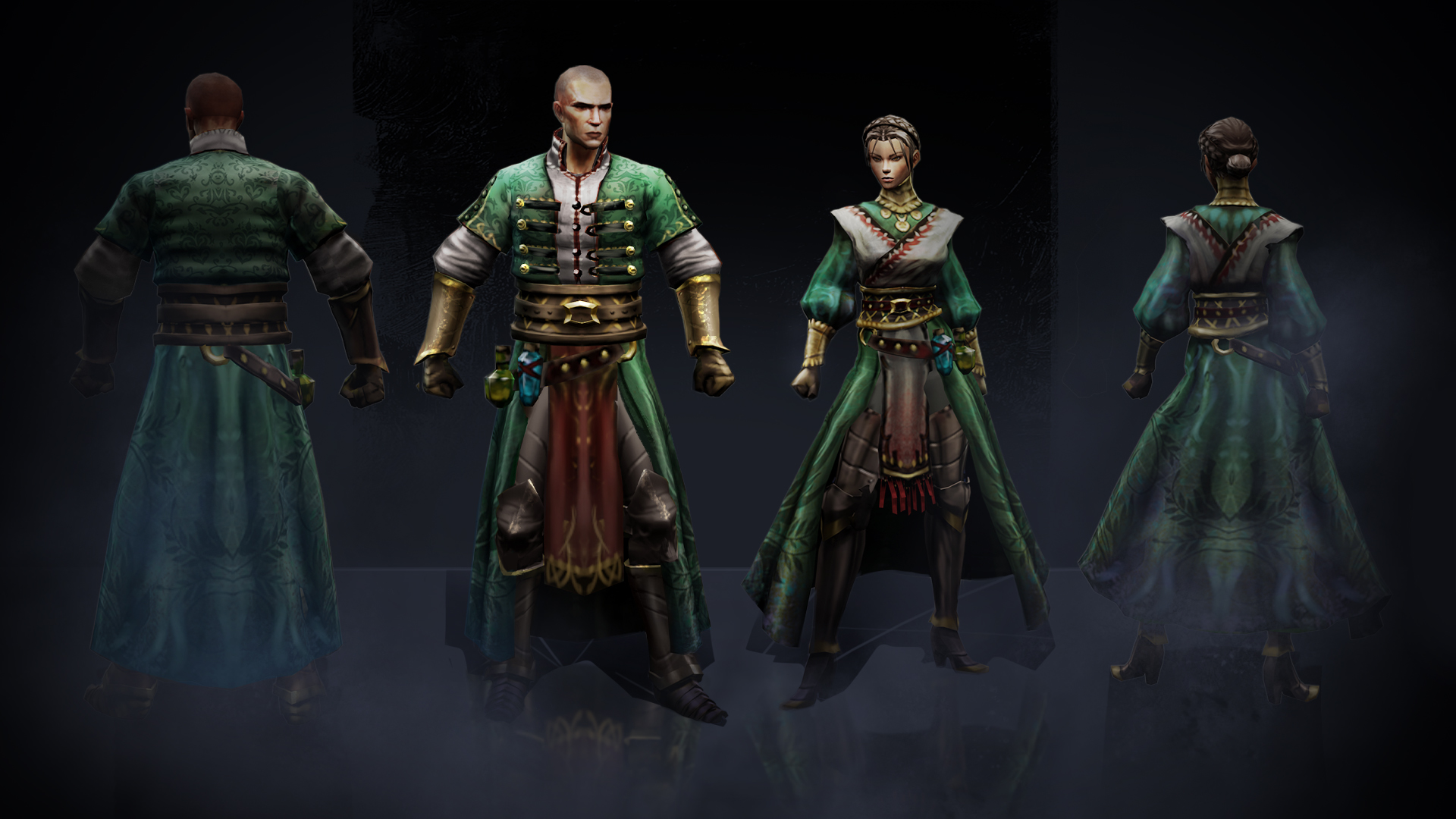 In the update, we’re also fixing some bugs, mostly related to guilds, and making some minor changes. You can find the full list HERE.

Thank you for your support. We hope you’ll share information and screenshots of your characters and guilds. Adventure awaits!