Soon, we are going to implement another update to close the fourth quarter. It’ll be the last update of this year. We are preparing to add the long-awaited Aqua Regis instance, its introductory quest, the PvP system rework, and the Holiday Event.

The update will go live on December 21st at 12:00 CET. Once the update is implemented and the servers are online, the game client will download all the changes automatically. However, if this doesn’t happen, you can use the file integrity check button located next to PLAY in the game client.

As we’ve already mentioned, the gear rework and changeable difficulty level of instances have been moved, because we wanted to focus more on polishing the details to deliver higher quality changes (“the devil’s in the details”). Same thing will happen to the third act of the main storyline, or actually its first part - it’ll be added later, but it won’t be cut into parts, so you’ll be able to immerse yourselves in the story of the Taernians even more (and for longer). Most of our strength has been redirected to the PvP system, which we wanted to give you in a better-developed form (the update includes many changes that were meant to be implemented later on). As we’ve been saying, the current PvP system was discouraging new players from continuing their journey in the world of Broken Ranks and this is something neither you nor we want (after all, the more players, the more fun!).

Enter the lair of Aqua Regis

Discover the history of the Laboratory and the mysterious experiments that will make your skin crawl. Luckily, these times are long gone. Also, there aren't too many people left who remember those events.

However, history leaves its mark and consequences may be far-reaching. The patrons of the Inn have been whispering about a mysterious threat and general unease impacts the everyday life of citizens. Does the Laboratory hide yet another secret? Has the long-forgotten evil returned? You need to investigate this - we’re sure Zohar or Lesgar will know more.

You can start your adventure with the new location from the new quest True Lies that will introduce you to the past events - the history of the place, people related to the Laboratory, and Aqua Regis lurking within - the greatest achievement and weapon developed inside the walls of the place.

*You can take the quest either from Zohar (Druid Village) or Lesgar (Inn in Alaril) if you are at least level 65. Completing the quest is NOT a requirement for entering the instance. 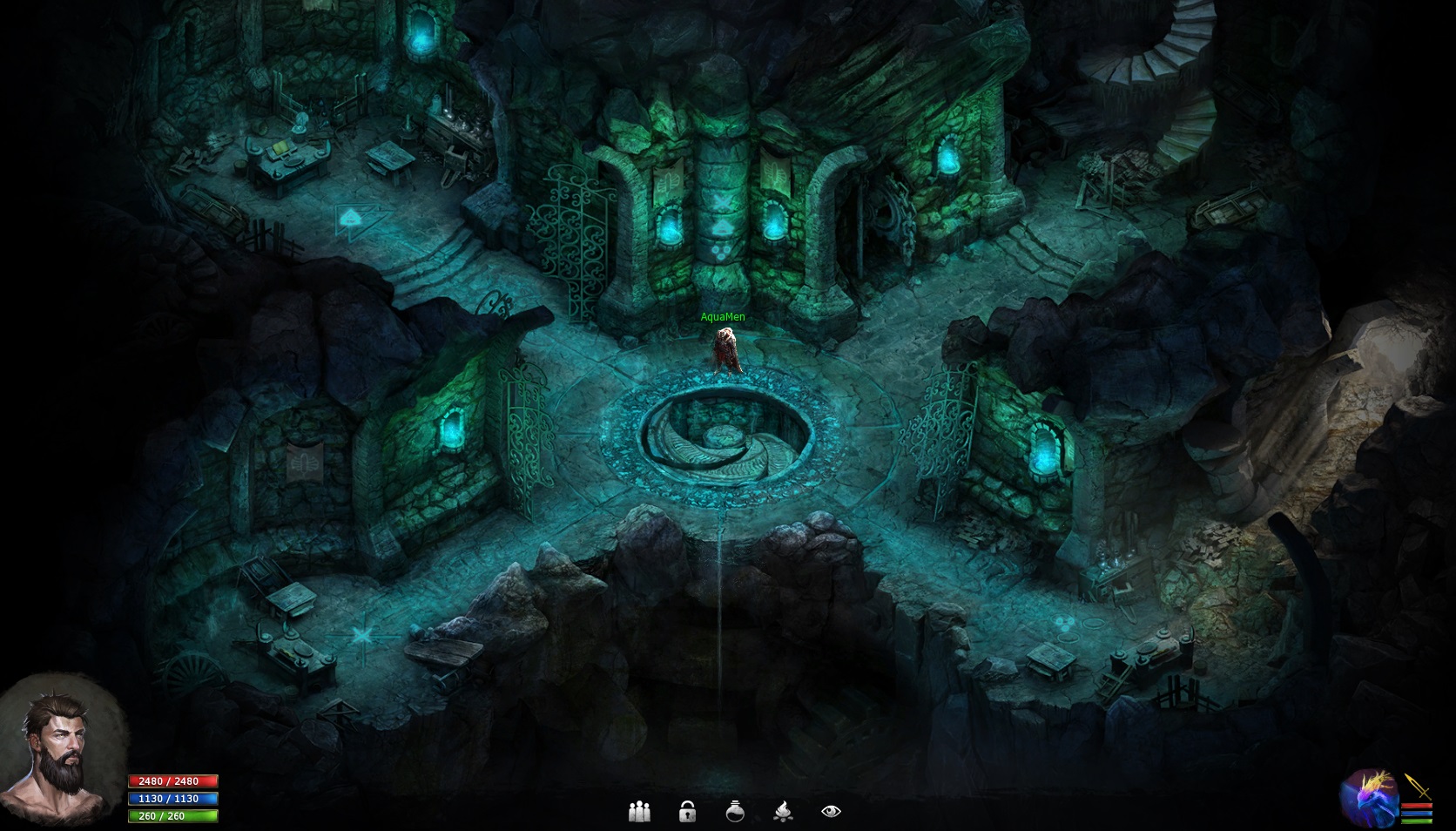 Your task will be to gain access to the lower levels of the Laboratory to stop the evil lurking at the very bottom. To get there, you’ll have to face the phantoms of past events - subjects of experiments, Assistants, and key workers of the place. Their minds were twisted while they still lived and death has only deepened their madness.

If you find the entrance and cross the gate, remember that this may be your last adventure. The creatures residing therein have literally taken the secret to their graves. Now they are attacking anyone who dares come close to the truth and decides to stop the evil lurking underground - Aqua Regis.

*The recommended level for the instance is 75. Speak with Larys standing outside of the entrance (near the Druid Village) to get in. The instance can only be entered once every 7 days (this applies to each member of the party).

After defeating the boss, you’ll get a chance to loot the following items:

The update will also feature the first Holiday Event in Broken Ranks. You will be caught in the eternal struggle between Old Father Winter and Santa Claus. Well… The old geezers just can’t come to an agreement and, as the old saying goes, “two dogs strive for a bone, a Taernian runs away with it” ;)

*BRT for Thaas, MSK for Pavar and Naravar, CET for all other servers

Old Father Winter and Santa Claus will have special tasks aiming to hinder the other side, and the maps of Broken Ranks will be filled with event opponents. The tasks will be divided by difficulty (and level ranges).

It’s a great opportunity to gain both experience and wealth. Every opponent, depending on which side they’re on, will drop some hats or stars. These can be exchanged (for some time after the event is over) for Santa Claus’ or Caroler’s boxes. You can also use the stars and hats during the event to open them. The boxes will contain valuable prizes, e.g. boss entry tickets, special currencies, or other utility items.

Once the event is over, Old Year will come to the server to, as already mentioned, help you exchange the hats and stars for rewards. If you wish so, you can also sell them to the NPC to get some gold.
Apart from that, at every level range you’ll encounter wandering champions.
Before the event, we will publish more detailed instructions in the news section of the Broken Ranks website so that you know what’s what ;)

The premium store will also contain a special, event cloak skin - the Scarlet Mantle of the Frost.

We are aware that PvP is an important element of MMORPGs. However, there are many people who aren’t fans of this type of combat. That’s why it should be designed in such a way that it’s a part of the game, but it also doesn’t interfere with other activities, especially at the beginning of the adventure. After listening to your concerns (including the concerns of those who left the game and were sent a special questionnaire), we decided on a revamp of the system. In the current form, it doesn’t have much to offer and can discourage freshly-minted Taernians. We want everyone, both the fans of PvP and those wishing for a more peaceful gameplay, to find something for themselves in the world of Broken Ranks.

As we said in the previous article “At first, we were planning to introduce a basic version of the PvP system and gradually add extra features to it. However, we came to the conclusion that it would be better to implement a more complex and better-developed system from the start. We took this path and, in the next update, you will get more changes in player versus player battles than we planned at the beginning (some features were to be introduced at a much later date).”.

The new system will be based around three factions that you can join (and in doing so, declare that you are willing to participate in PvP activities). You can also change your faction if you want. The factions are:

We have also modified the placement and properties of various area colors, especially those that were previously marked as PvP zones. In addition to that, even if you join a faction, you can turn on peaceful mode to get sort of a PvP protection on demand.

The update will also feature new achievements, rankings, season, daily activities, and rewards. Moreover, the winning faction will also receive a special reward that will stay with it for the entirety of the next season (which lasts four weeks).

More information can be found in the article dedicated to the PvP rework - HERE. We also encourage you to take a look at the changelog which will be published more or less at the time of the update.

Thank you for your dedication and for being with us!