Here’s yet another update from our roadmap. We are preparing to implement a new sidequest, pet skins, and also many fixes and improvements, many of which were suggested by you.

The update will go live on November 30th (11 AM - 1 PM CET). Once the update is implemented and the servers are back online, the client will automatically download the changes. However, if something goes wrong, you can click the button next to PLAY to check the integrity of your files.

We are certain that many of you would like to see your pets in different shapes and colors. 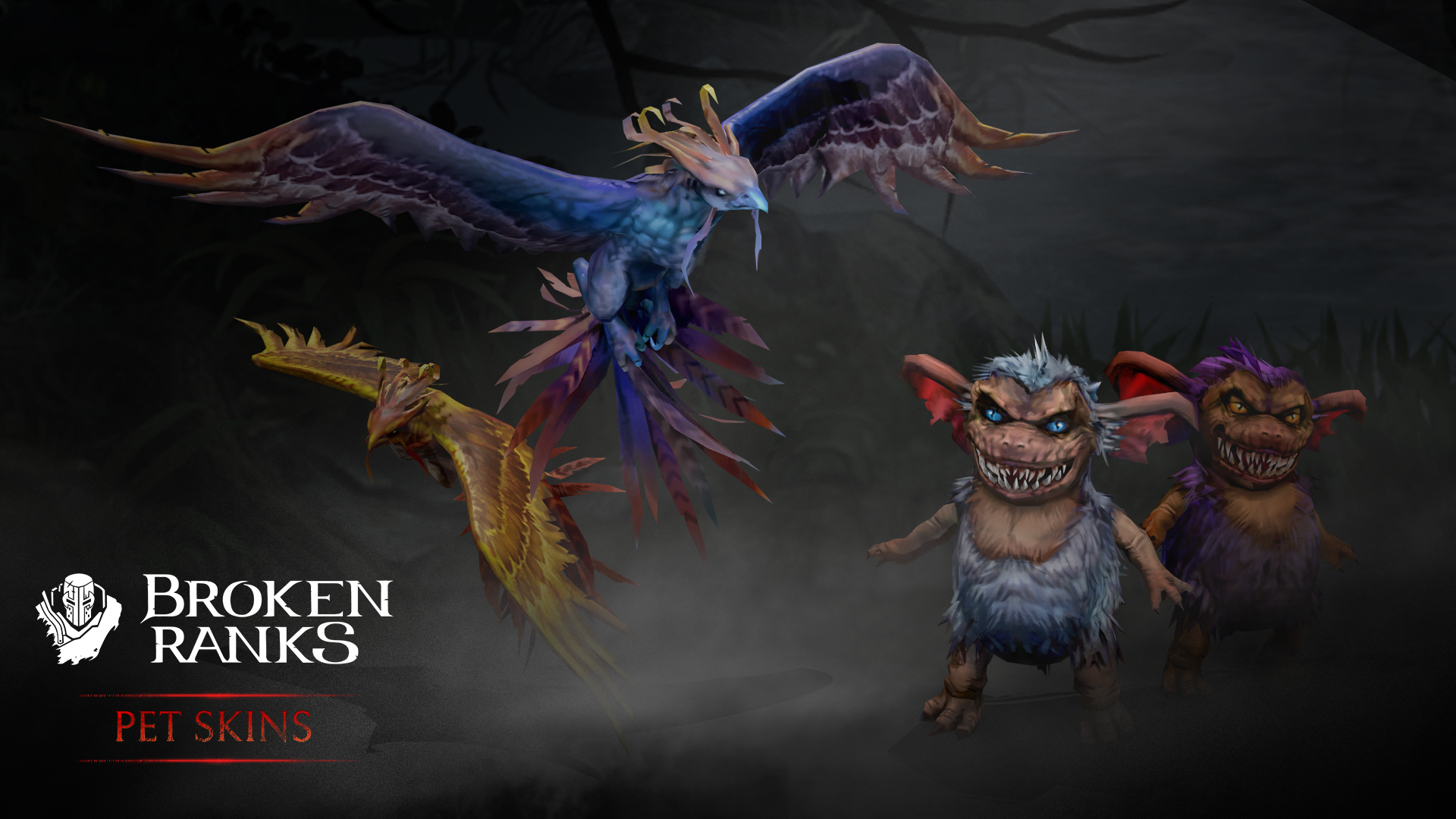 You’ve been asking us for some time if these skins will introduce only small visual changes or completely change the appearance of a pet (e.g. the fox that you could see in one of our trailers). At first, in this update, we’ll only be introducing color changes, but we are also working on skins that would entirely transform your pets (e.g. into an owl) ;) We want to have a huge variety of skins, so we’ll be adding them over time. 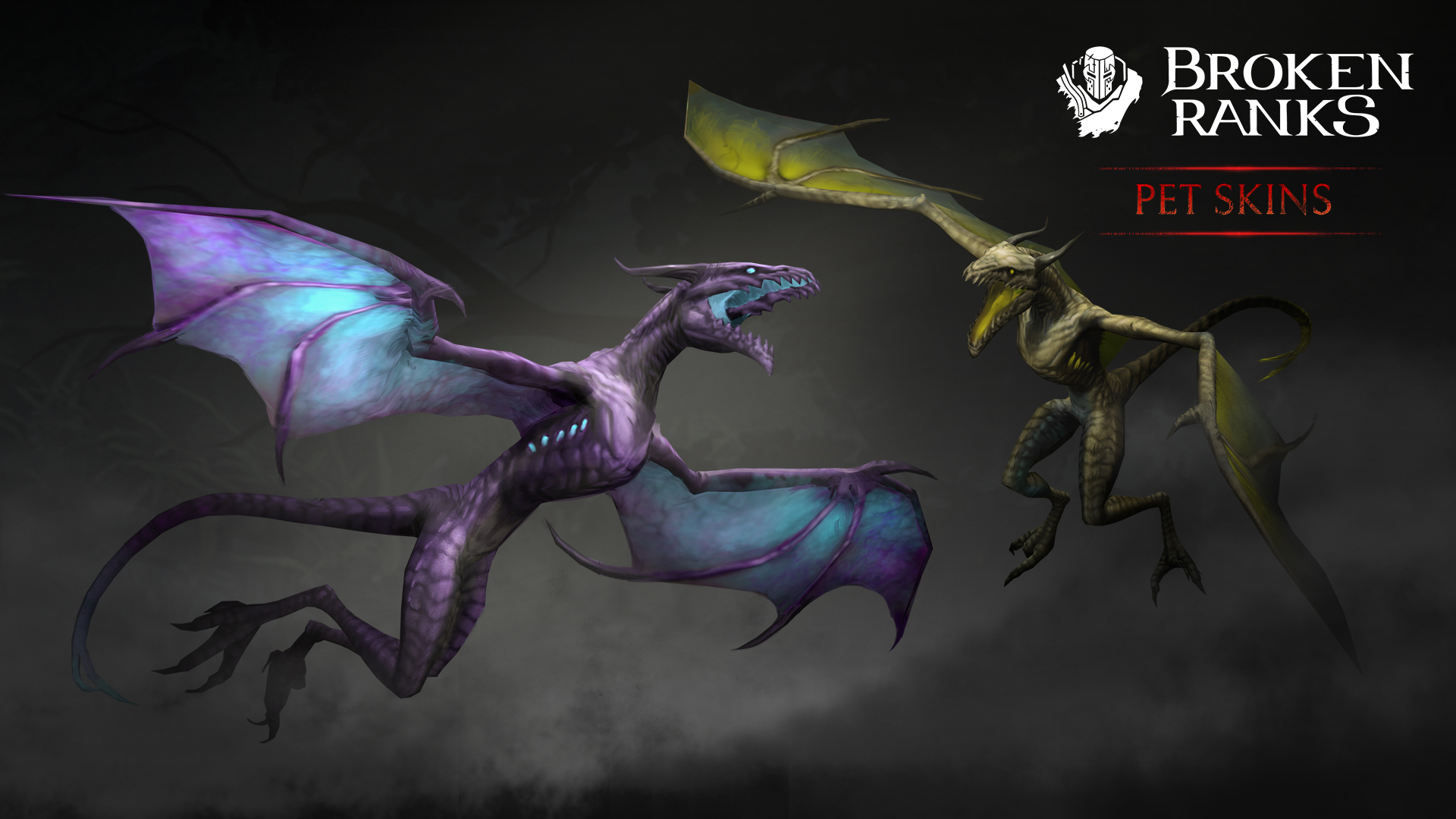 We’ve also added a new pet gear slot where you can put the skin to enjoy the new look.

As you know, quests and their engaging stories are one of the strongest aspects of Broken Ranks. That’s why we’re sure you’ll be happy to hear that we’re adding a new one. You can take it from Miranda (Lesgar’s Inn) once you reach level 48. 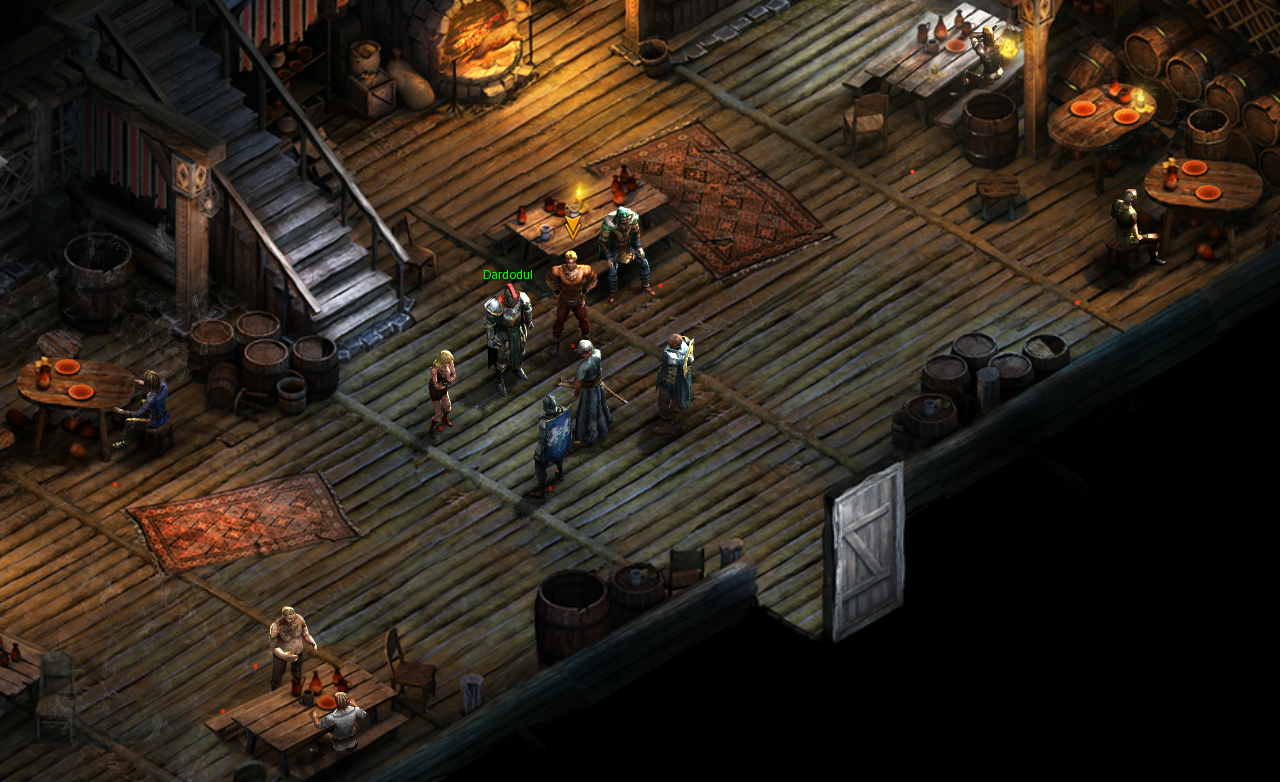 Miranda is worried about the situation on the highroad… The rumors of a wraith haunting it simply scare away patrons. As adventure-hungry Taernians who have drunk in Lesgar’s Inn many a time, you decide to investigate. Otherwise Lesgar might be forced to close his enterprise and you’d have to sleep on the ground and with nothing to drink!

With the upcoming update, we’ve focused on minor fixes and improvements to avoid a situation where all the small things start piling up and we have a huge mountain of trifles to do at the end. It’s better to deal with some of them now.

Some examples of the changes:

We are aware that many people don’t have that much time to play during a month, but they still try to log in as much as they can. That’s why we’ve added the option to buy a 7-day Premium Account. You can also purchase it for thalers in the arena shop.

You frequently suggest minor improvements that aren’t game changing but would be a nice quality of life addition. We chose some of them to implement in the upcoming update. They are, e.g. the button to select/deselect all ranks at once at the marketplace, the possibility to rest inside the Tit instance, or a message on the sidechat that a piece of gear needs to be charged.

As usual, you can find a full list of changes in the changelog tab.

Thank you for all your reports and your support!