The next update, as per our roadmap, will close the third quarter of the current year. We are preparing to implement, among others, the long-awaited Valdarog instance, the introductory quest, PvP Arena, and a tournament league.

The update will go live on September 30th. The exact time will be given at a later date. Once the update is live and the servers are back online, the game client will automatically download the changes. However, if this doesn’t happen, please use the file integrity check button next to PLAY.

The following features will be implemented:

You’ll start your adventure in the area with the new quest that introduces the story of Valdarog - Draconic Ambition.

You can take the quest from the Guide near Khemenak if you are level 70 or higher. Completion of the quest is not necessary to enter the instance. 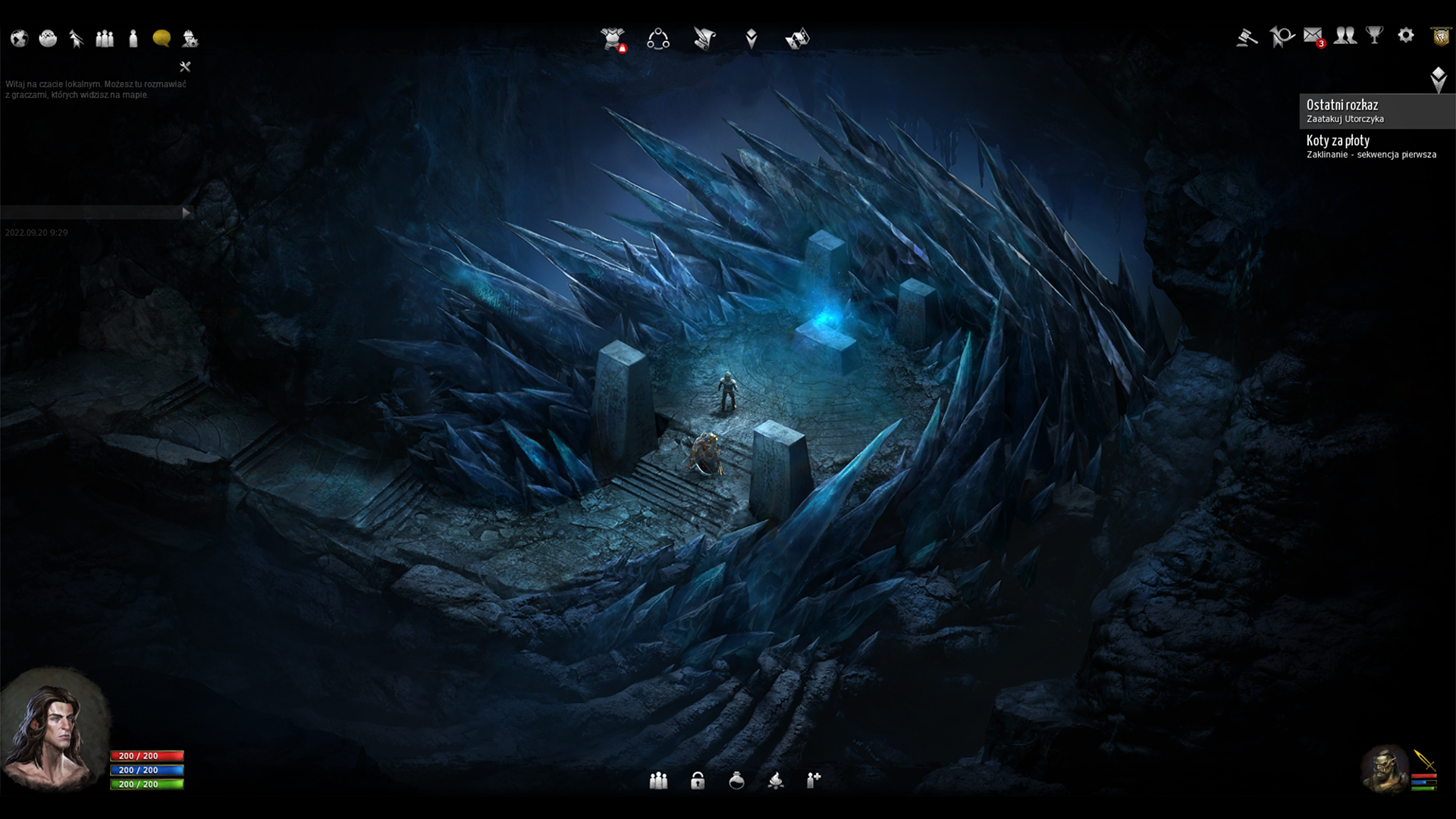 You’ll get to know the history of Valdarog and the place where it can be found. You’ll discover it only if you can best the Dragon Trial, get through the icy, underground corridors, and face the might of the dragon.

“A dragon cannot be slain… But it can be defeated. And must be imprisoned. That is why I used all my knowledge and power to create this… the greatest achievement of the Lodge. A place that can stop a dragon. A place that can stop Valdarog. But when I imprisoned it, I understood…I understood that I had made a mistake. And that we must find someone to correct it…” ~ Alkazaar 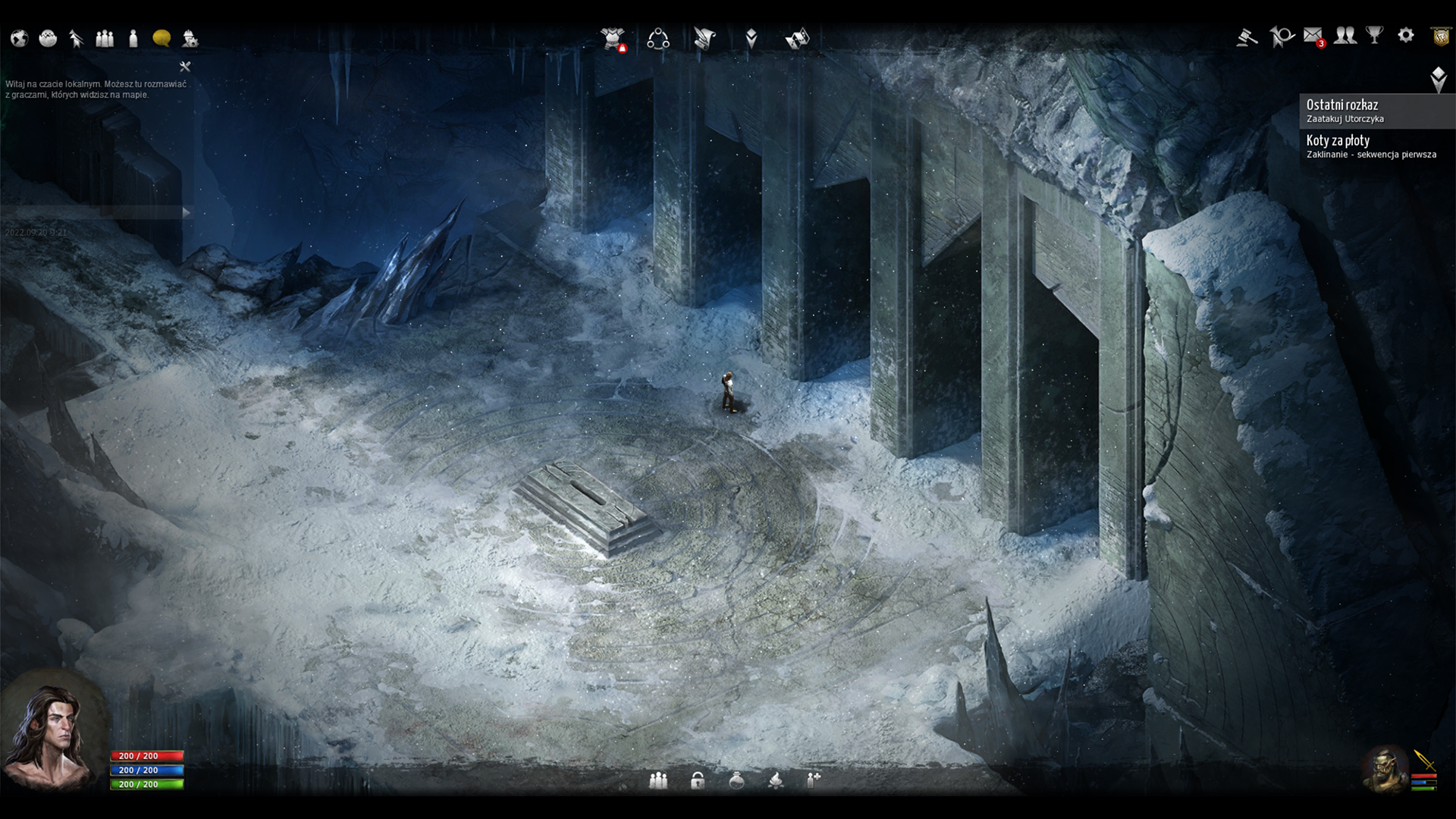 If you are brave enough to venture into the icy, stone halls, you’ll have to face lizardmen - faithful servants who decided to dedicate their lives to a higher purpose. Their mission hasn’t changed in ages - they are to make sure no one can step into Alkazaar’s Hall. Neither the flow of time or a random adventurer can break the seal. 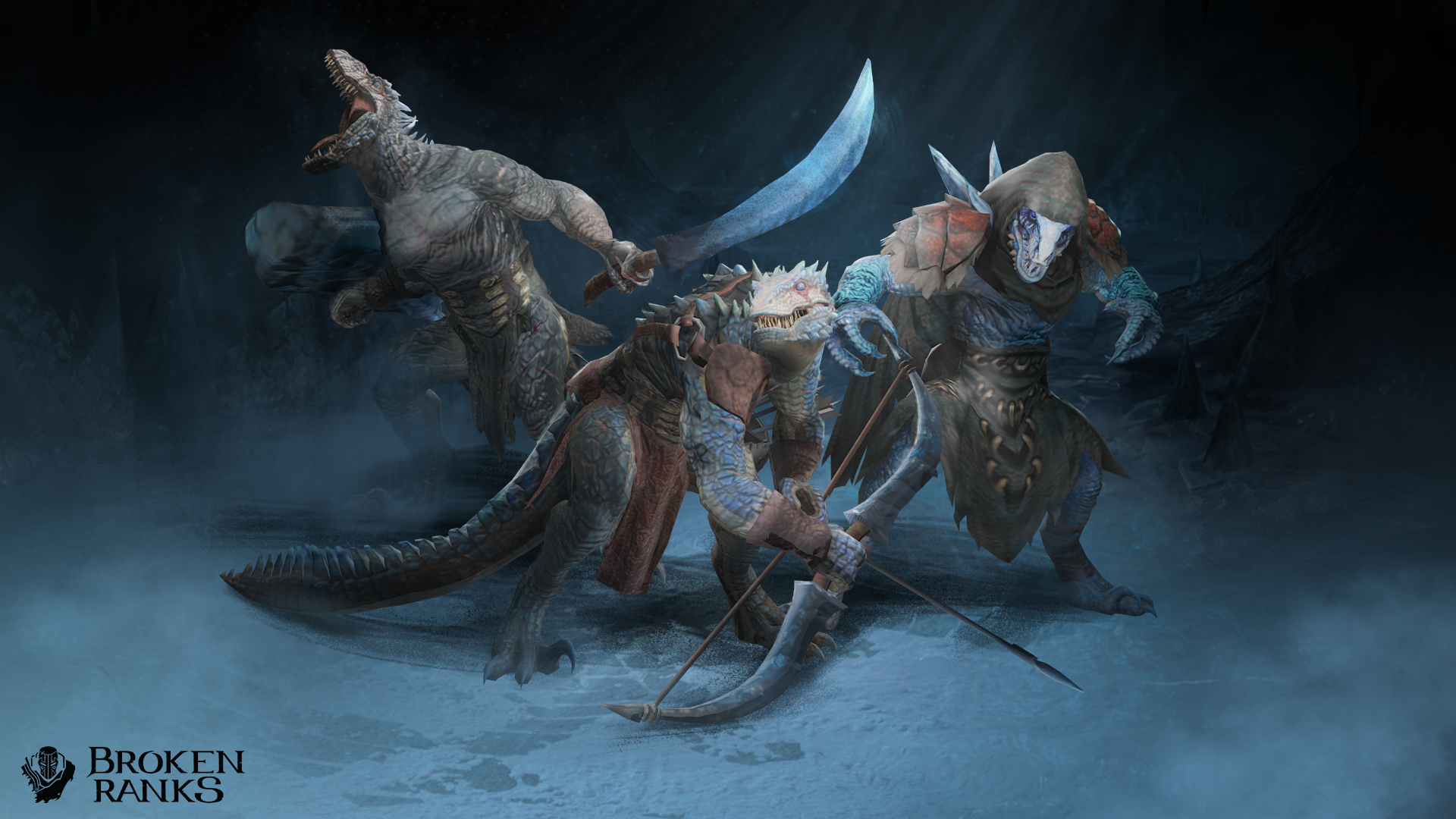 You can get to the instance through a special passage hidden long ago in a forgotten well on the Plateau. Once inside, you’ll be in the very heart of the icy caves leading to Alkazaar’s Hall. Five grottoes await you there. In each of them, you’ll find a fragment of the key needed to break the seal. Apart from that, each grotto contains a unique challenge.

*Taking the task to make a key fragment costs 40,000 gold. The cost can of course be divided between party members.

After getting the key (or buying it from another player who has already created it), you can get to the chamber with the boss - the mighty dragon Valdarog whose power once put the whole world in danger. It doesn’t know what mercy is and it despises weakness but… if by some miracle you manage to kill the beast, you’ll get a chance to find one of its artifacts. 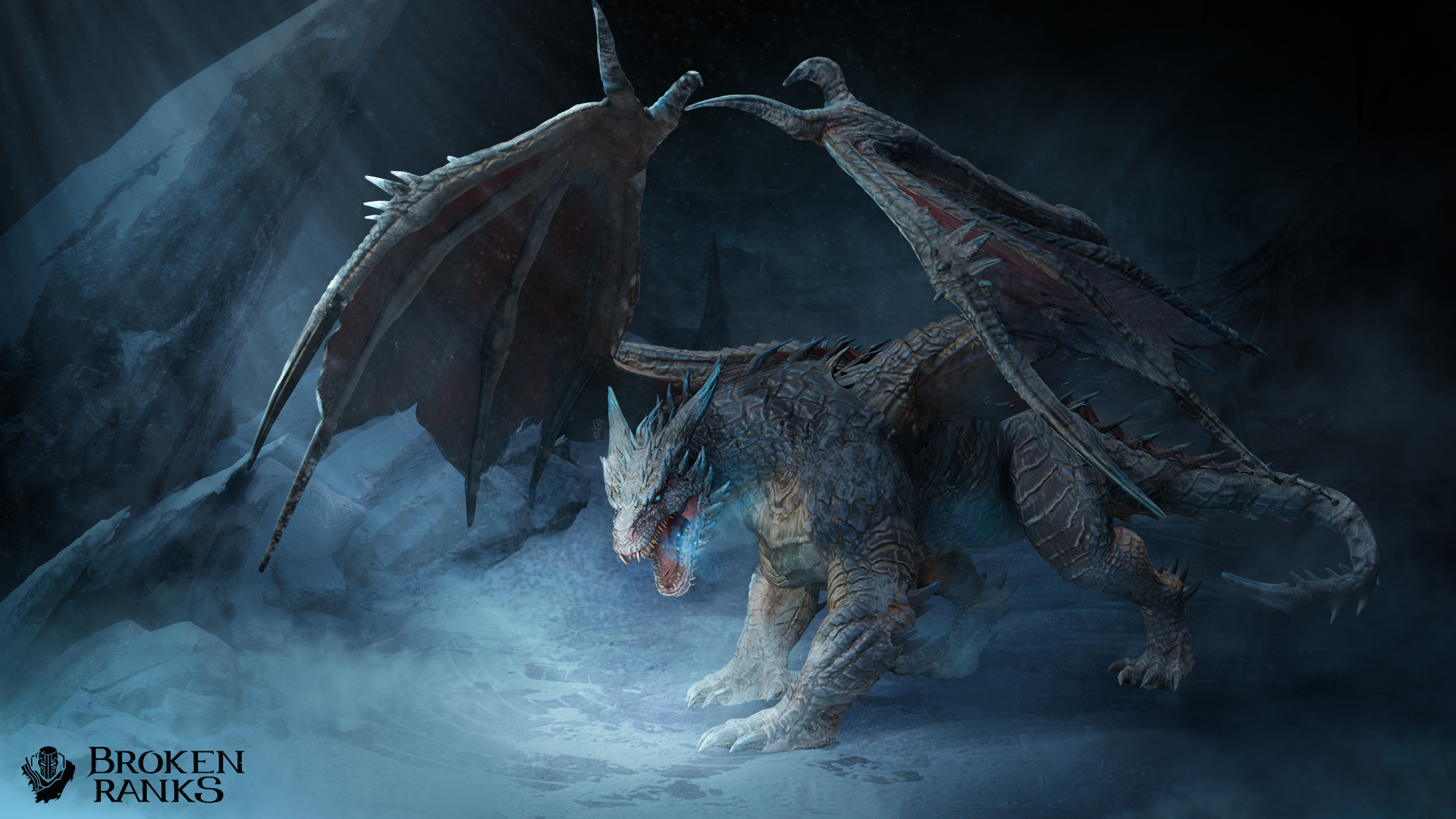 Defeating the boss gives you a chance to loot the following legendary items: 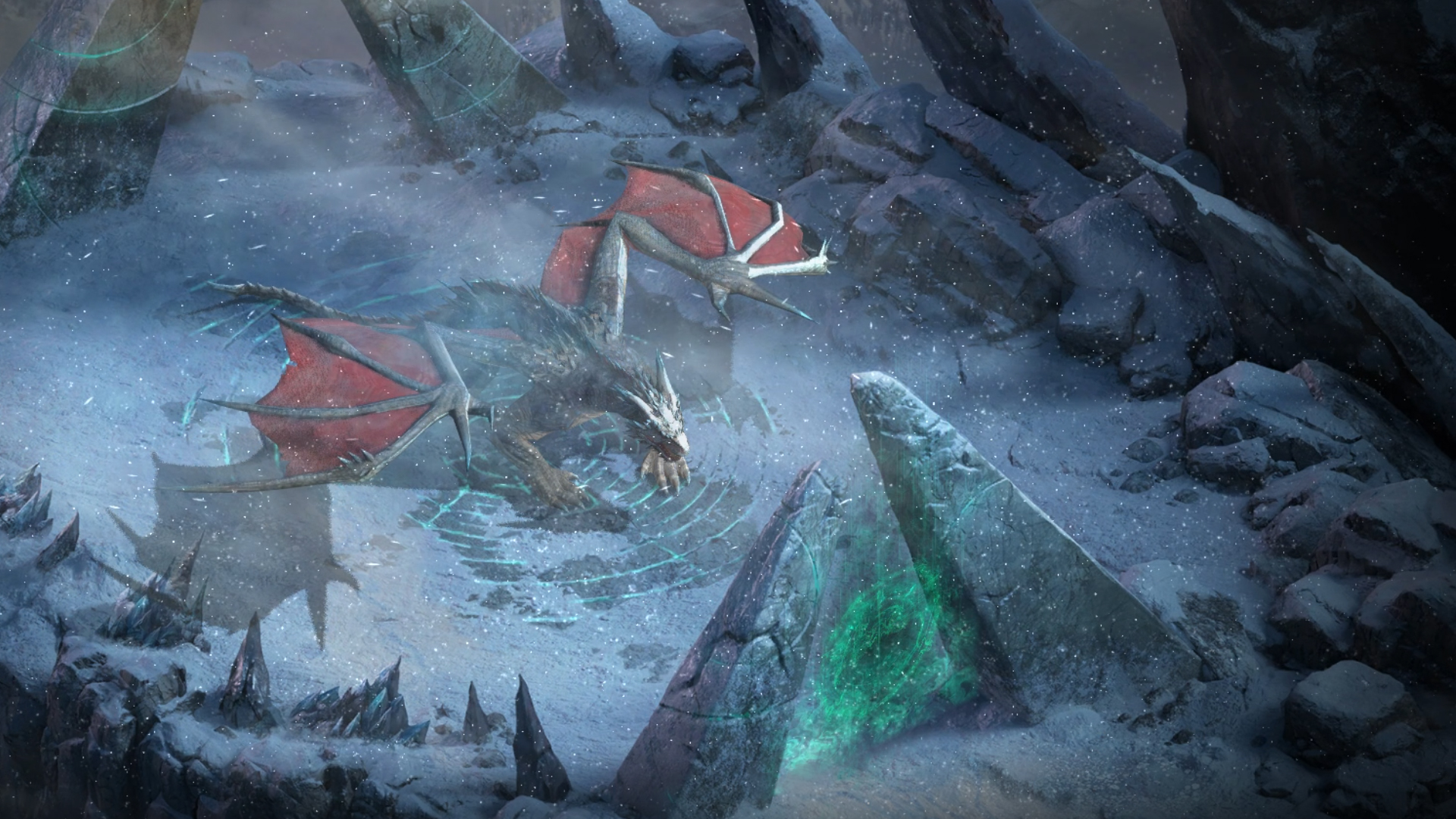 PvP Arena and the League

The Arena is a place where every Taernian can finally show their strength and display their magical abilities. No more groundless bragging - from now on you’ll be able to prove who is the best in PvP and, while doing so, get awesome prizes!

In this update, we are focusing on tournaments. Unfortunately, fighting in the Arena outside of a tournament will not be possible for now, but we’re introducing a League system. From time to time, we’ll also organize special tournaments that won’t count toward your league rating.

There will be five leagues in total: Amateurs, Warriors, Veterans, Heroes, and the Invincible. For each league fight, the account (not the character) will be given points - more for winning fights or the tournament than just for participating. Depending on the number of points, players will advance to a higher league, stay where they are, or drop to a lower one. You’ll be able to fight for ascension throughout the whole season, which will last a little more than 2 months (of course, we’ll announce the start of the League beforehand). Once a season is finished, there’ll be a hiatus and the points acquired during the season will be reset - every player will be moved to the appropriate league according to the rules of advancement. Then a new season will start and you’ll be able to fight for an even better position once again.

Apart from fame and glory, you’ll be able to get some tangible rewards, too. For every fight you win, you’ll get gold, platinum, and also thalers - it’s a new currency you can use in a shop next to the arena. It can be exchanged for many commonly used items like guild resources, upgrade substances, or instance entries. 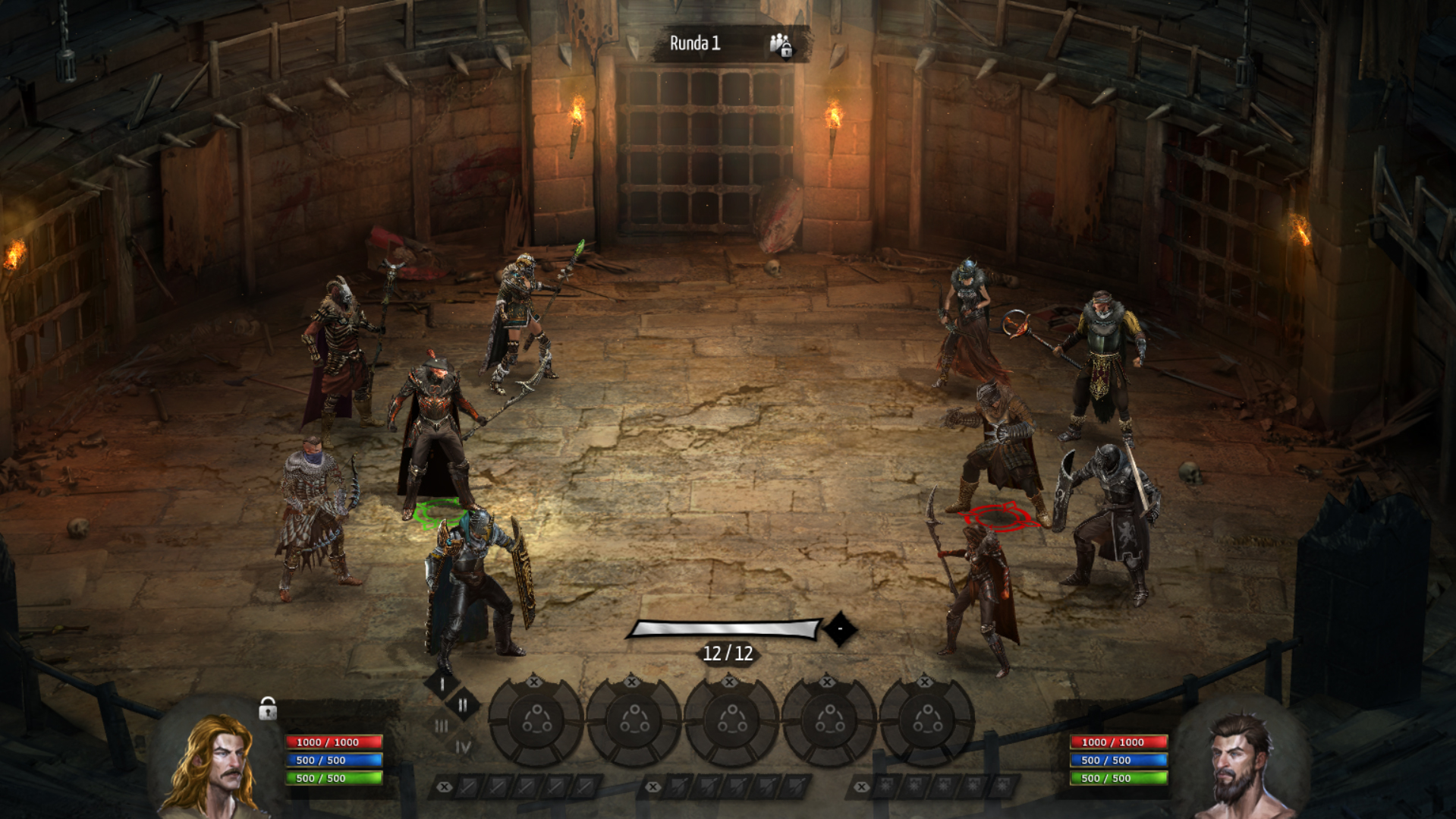 At the beginning, we want to run a couple of tournaments that won’t count towards the league - thanks to this, you’ll get acquainted with the system. You won’t get any points, but there’ll still be some prizes. The schedule of introductory and league tournaments will be published soon.

I’m sure you’ll be happy that you won’t need to sit and wait for all the fights to finish. The update also introduces a spectator mode - you’ll be able to watch fights that are still going on. This is something requested very often by our veterans. ;)

As we announced in the news about the roadmap update, we wanted to focus more on PvE class balance as it was something you requested very often. Thank you for your feedback! It is indeed a very important matter - after all, it affects solo play, team play, and actually the whole game. The Barbarian and Knight will be affected by the changes the most.

Let’s start with a change that will be felt by everybody but mostly by melee classes. You’ve pointed out that there’s a lot of running when performing melee attacks, which makes fights longer. We decided to reduce this as much as we could to make combat faster and more dynamic.

Let’s give you a couple of examples.

A character fights a group of five mobs, each attacking only in melee. Each of them will be killed with a single attack. After the change, the combat will look as follows:

A character fights a group of five mobs that attack only from a distance. Each of them will be killed with a single attack. After the change, the combat will look as follows:

The sequence of attacks does not change. If a player dies during the round, they won’t perform the attack that would be performed if the character survived.

We hope that this change will allow you to enjoy the game even more!

With the Barbarian, we focused mostly on making Rip and Anger Shockwave more useful. Apart from this, the Barbarian will be affected by some changes to the Knight (more information below).

Due to the fact that the Knight is a support class, the changes can be divided into two categories: those focusing on solo play and those focusing on team play, affecting mostly the balance between Fire Mages and Barbarians.

Let’s start with the first category. Two abilities will be changed in such a way as to make solo play (doing tasks, farming instances, or grinding) easier. Of course, they can also be employed in team play, but they’ll be much less useful there.

Quick Slash has been removed and replaced by a completely new ability - Throw from the Hip. It’s a ranged attack that deals piercing damage with a small chance to wreck the opponent’s armor, decreasing their physical resistances. Thanks to this, the Knight will be able to attack from a new zone and support themselves and their companions in combat.

The other ability that will be replaced is Trance. The Knight sometimes needs to focus less on buffing and more on attacking. The new ability, Battle Fervor, will allow them to convert their attributes. Under its effect, points invested in knowledge and HP will be turned into strength and dexterity. The higher the level of the ability, the better the conversion rate. Only base attribute values will be converted (default attribute points and attributes from gear will not be converted).

In addition to that, the Mighty Blow damage bonus from Calculated Strike will scale with the level of the ability.

Where will the buffs from Trance go if we’re removing it? Let’s now go to team play changes. One of the issues with the Barbarian currently is that supporting a Fire Mage requires the Knight to dedicate fewer attack circles and less attention. That’s why we’re changing Purity Aura and Sacrifice.

The above changes aim to balance the usefulness and number of buffs for physical and magical characters. In addition to that, the disparity between solo play among various classes will be lower. The base damage of the main abilities of mages will be slightly lowered, but when teaming up, it should be increased thanks to Sacrifice.

We’ve also decided to make one change to Sheed’s Evasion. The increased stamina usage will be lowered from 36% to 27% at level one and it’ll increase by 3% with every level instead of 4%.

We want gameplay to be balanced and attractive, no matter the class or style (solo / team).

A full list of changes and improvements can be found in our changelog. It will be published more or less at the time the update goes live.

In the coming updates…

In the next, fourth quarter, the following features will be implemented:

Thank you for your dedication and for staying with us!