Yet another update from our roadmap will be implemented soon. In the shadow of oblivion, a new evil is rising. If you want to stay alive, you need to prepare yourselves for the coming of the Puppet Master.

The update will go live on June 29th. More details about the time will be given on our social media channels, so follow them carefully. Once the update is implemented and the servers are back online, the game client will automatically download all the necessary files.

There’s something strange happening in Alaril… You can hear rumors about disappearances, murders, and other, ominous phenomenons. You need to ask around… Has that which was locked up a long time ago for the people’s safety been awakened again? Whatever’s going on, you need to put an end to it - once and for all.

The adventure that will lead you through the darkness of the Cursed Forest to the source of the phenomena can be started with the new introductory quest - the Puppet Master.

*The quest can be taken from Veela, Simza, or Aegustahephium if you are level 29 or higher.

Puppet Master and its Instance

If you think that Alaril is a dangerous land at present, then you’re definitely too young to remember… the suspicious practices, inhuman experiments reaching beyond the boundaries of ethics, morality, and human understanding. Those who remember that are bound to never forget - their skin crawls when they think about the mad (or at least this is how history remembered him, was it right?) scientist and the subjects of his research. Those who don’t know about these events, we’ll surely learn about them or rather… be able to experience them firsthand. The past leaves its mark and history tends to repeat itself.

Who or what exactly is the Puppet Master? What secret does the forest, called “cursed” by the locals, hide? Who’s behind the disturbing events? There are many, many questions, but sooner or later you’ll find the answer to all of them. Hopefully, not at the cost of your life…

You can enter the instance near the Druid Village.

*You don’t need to complete the quest to enter the instance.
**The instance is meant for character level 29+.

Your job is to get through the puppet-filled Cursed Forest to find the Lair where the source of the evil, the Puppet Master, dwells. Many paid for their recklessness, or courage as some would say, with their lives.

It won’t be easy… You’ll have to face creatures of unknown nature. They seem to be controlled by the lord of this place, acting as its guardians:

During your travels, you’ll also encounter a person (or what remains of him) who isn’t exactly remembered for his benevolence by the Alarilians if he’s remembered at all (are they right, though?)… Hybrids of trees and sentient beings walking the land were one of his many experiments. Is Adelveig back?

Eventually, you’ll have to face the magnum opus of the notorious scientist - the Puppet Master. It’s the hivemind that’s pulling all the strings, making the puppets carry out its will.

By defeating it, you’ll get a chance to acquire legendary items:

As we mentioned with the Castle Specter update, due to its large potential, we decided to expand on the story of the lord of the castle to let you know more about the events of the past. This time, you’ll be able to see the story until its very end.

If you’ve already started the first part of the quest, you’ll be able to begin the next one by talking to Arcanegrin in Lower Khemenak. If you haven’t started Ars Moriendi yet, you can simply go to Arcanegrin to begin it - it won’t be divided into parts if you do it this way. You still need to be at least level 40 and have completed Speck of Honor. 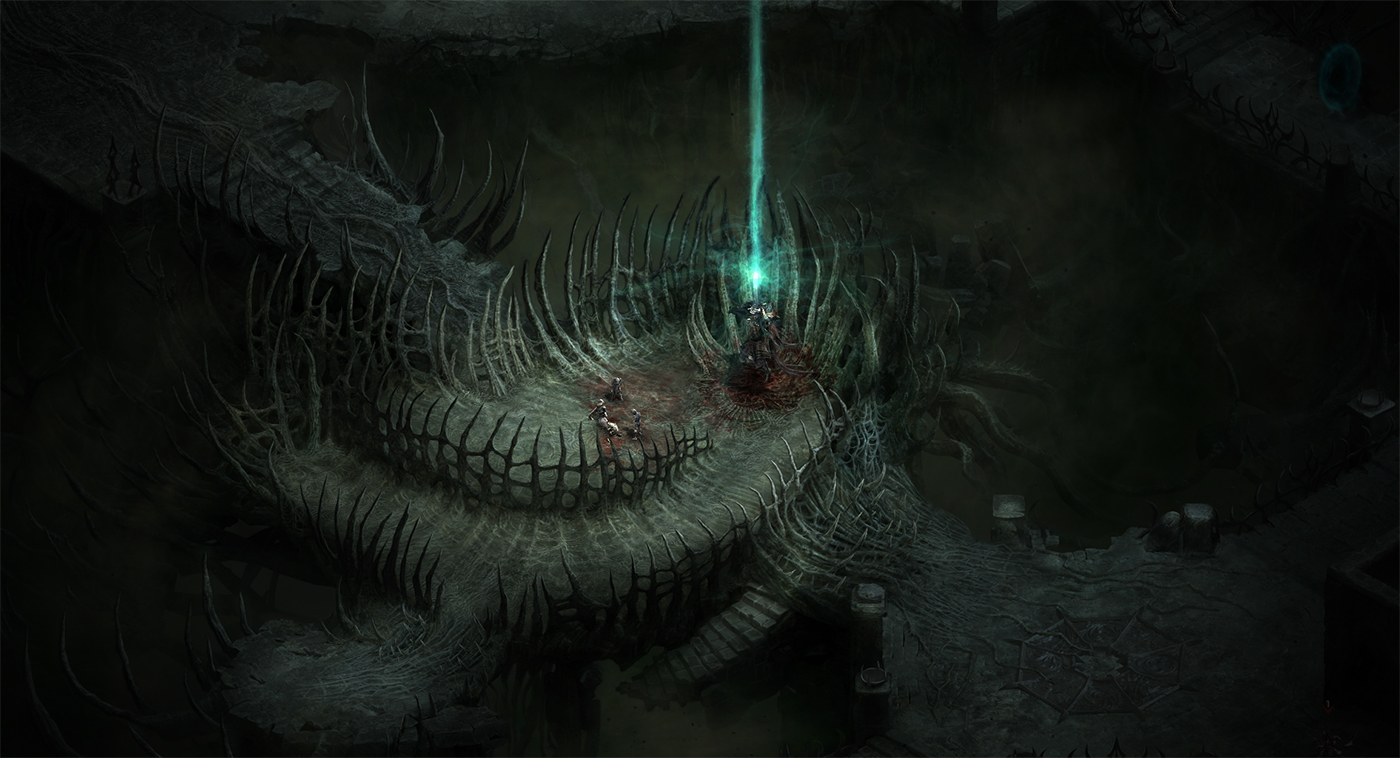 Part 1 of the Achievements System

Achievements are undoubtedly one of the most engaging elements of any MMORPG. That’s why many players think it’s a must-have. Besides… we’re players, too, and we understand it perfectly. We hope that you’ll awaken your gamer determination and get a lot of satisfaction in return ;)

The system introduced with the next update is only the first part, meaning that we’ll continue expanding it. It’s just a base for future actions.

For now, we’ll be counting the number of mobs, champions, and bosses you kill. You’ll also get an achievement for looting a lot of items. We’re sure our veterans know what we’re talking about ;) We’ll also add a separate counter for synergetics, too.

Every achievement (and there are about 200 in total) has 6 levels. We’ve also updated the graphics to make it more atmospheric. It’s worth noting that the counters (e.g. the number of mobs killed) have been functioning since the release, so you won’t have to start from nothing ;)

At a later date, we’ll expand this system to add new goals and types of activities. We may also add some rewards. We want to focus mostly on the activities players engage in the most. However, you can also expect some non-standard achievements.

Many critical fixes and improvements were introduced in the recent Marketplace update. However, this doesn’t mean that there was nothing for us to do ;) A full list of changes will be published in the changelog section of our website closer to the update as usual. You’ll find a lot of minor fixes for things that might have annoyed you.

According to the roadmap, in the third quarter you can expect:

Thank you for staying with us and we hope that you’re looking forward to all the updates with excitement! We wish you many many happy moments in the world of Broken Ranks.